Swim Team - When Dizzle was little, she hated the water. She cried every time we tried to wash her hair. She puked during swim lessons. She wouldn't approach a pool without multiple floatation devices strapped to her. For a long time, I thought she might be the only teenager not going to pool parties because she still needed water wings.

But then something changed. She slowly became braver. She would sometimes let water touch her face (as long as she had goggles). We decided to take hold of this new found bravery and signed her (and her sisters) up for swim lessons again. This past Summer, they spent 30 minutes a day, four days a week learning how to swim. By the end of the summer, all my girls were swimming on their own without fear.

When school started, Dizzle decided that she wanted to join the swim team. But, since she had never done it before, she needed to test out of two more levels of lessons before she could. We talked about it and told her that if she could do it before the first of the year, she could join the team for the winter season.

And Dizzle did just that.

On Monday, she had her first swim team practice. She was beyond nervous, even if she tried to hide it.
The workout kicked her butt. When she got out of the pool, the first thing she said was, "That was exhausting!" But even so, she was so proud of herself.

The following day, she came home and told me that she had to write about her hero at school. Then she said she chose me because, "I hope that one day I can swim and run awesome like you." I'm thinking she's totally caught the bug.

New Math - So, the other day, Dizzle came home with this worksheet.

I looked at it and couldn't understand why all these questions, with proper and correct answers were marked wrong. The last time I checked, multiplication was subject to the commutative property, yet her paper was covered in red.

At second glance, I realized that her problems were "wrong" because her teacher wanted them written in a certain manner. I get it. She wants them to follow her directions. But, I have to sit here and wonder why you would let a child feel like they were wrong and not grasping the concept just because it didn't read the way you wanted it to? Either way, the answer and the way she presented it is correct. And she knows it. Dizzle even said to me, "I sat there wondering why it mattered. It was right either way. I wanted to say something to her, but I was afraid I would get in trouble."

I'm just baffled. This isn't the first time Dizzle has had math work marked wrong when she answered correctly, but presented her work "incorrectly". Isn't the point that the child learn the material? Why does the method matter all that much?

Rev3 Excitement - If you haven't heard, Rev3 is expanding it's race series to Mexico and earlier this week, the location and date of the event was finally announced.

Ixtapa, Mexico. October 24th. Talk about awesome. I think a destination race weekend is in store.

In other Rev3 news, a sneak peek of our team kits, which were produced by Pearl Izumi, was released today. 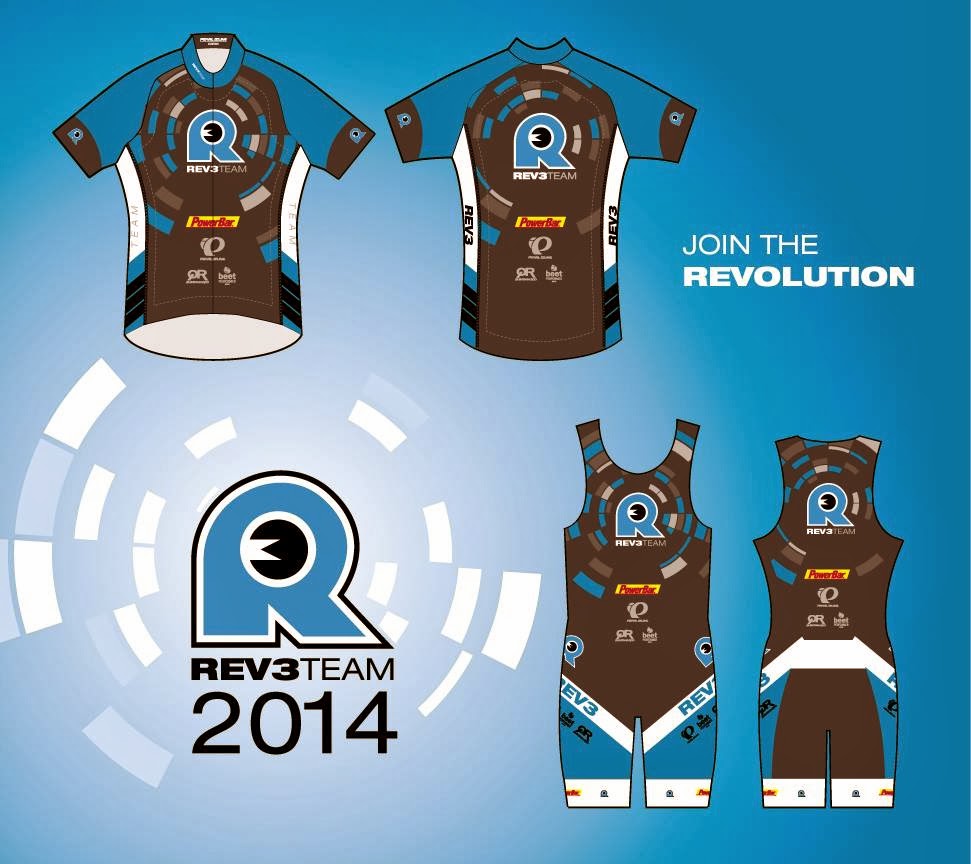 I am in love. I thought last year's kits were amazing, but these are even better (plus, black is slimming). I can't wait to race in it!
Posted by TMB @ RACING WITH BABES at 11:01 AM

I think, as the teacher pointed out, was the "following directions" part.

I agree though, she did, in fact, do it all correctly (except the pony ride answer).

Also, she has VERY neat handwriting. I wish A would print more legibly.

Man, I love that kid. I wish I had the courage she has.

I have a lot of friends with kids in elementary school that are bitching about something called Common Core. They tell stories similar to yours. I couldn't handle it. I'd be that parent that the school hated to see coming. A right answer is a right answer. Period.

I would definitely have a bone to pick with the teacher. I get the whole idea of conformity, but some of the greatest minds out there wouldn't have been as important in history if they solely followed the rules. A right answer is a right answer. It shouldn't matter to anyone in life whether she writes the smaller number first or not. I think school should be teaching things that are important in life, period. Some days I think our children are going to be in trouble because of what my generation is teaching them, or not teaching them.

Not sure why it matters. Does it build on the next concept that will be taught? Does it need to be done the teacher's way for the next step to work?

On the dreaded state tests kids are asked to explain their answers and show the process...so this could be why they are teaching it that way! I am a math teacher, but for Special Ed so we don't get into that way...but I think that is what the teacher/school/district is doing!

Awww, your daughter wants to be like you, that must have been the best parenting moment ever!!

I 1000000% get you on the Math thing! I teach in a private school so we don't have to go by the county curriculum but when I was doing my student teaching, I pretty much had to relearn the language and methods of math in order to teach it! My goddaughter is in 2nd grade and came home with a similar paper...all marked up but the answers were correct! She apparently didn't do the method in the correct order...a bit frustrating. Her mom is similar u to, she called the teacher and asked her to send home a copy of the test with all the answers done correctly so she could try to work on it.