Jet Lagged: Although I returned to the East Coast on Monday morning, I haven't been able to shake being on West Coast time. Usually, I am falling asleep on the couch around 9 p.m., but all this week I have been forcing myself into bed well after midnight. And when my kids are begging to get up in the morning, I find myself bribing them to stay in bed. (Note: I am no better once I get out of bed. I end up walking around like a zombie.)

Needless to say, we can't keep functioning like this. I mean, school starts on Tuesday and those 6:45 a.m. alarms are going to be a rude wake up call.

Half Debut: Since moving to my house in April, I have turned my little sister into a runner (although, she still tries to say that she's not). For a while now, we have been contemplating running a half marathon together. Initially, we were going to go for the Walt Disney World Half Marathon, but finances and logistics got in the way.

Then, I tried to convince her that the Richmond Half Marathon would be a suitable alternative. But, that was a no go. She said that the November date was too soon, so instead, we registered for the 8K (my favorite race of all time).

I figured that the chances of getting her to commit to a half before the middle of 2013 was slim to none. Then this morning, this happened ... 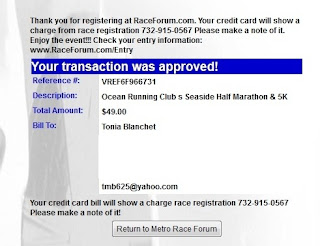 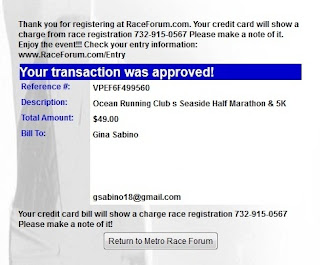 We are headed back to our hometown for her first half marathon in SEVEN WEEKS. And she said November was too soon ...

Off-Season: I'm overcooked. Done. Over it.

It occurred to me the other day that with the exception of the three weeks I took off immediately after Dilly was born, I have never taken more than 3 days in a row off from training. Not even after any of my six marathons. That's just insane.

The past five years of non-stop training has kicked my butt and I need some time to recover. So, that's what I have decided to do. After Patriots Sprint next weekend, I am going off the training plan. Yes, I will still run, bike and swim, but I am cutting my workout volume by about half from 10-16 hours per week to 5-8 hours per week. I am confident that my body needs to reset itself, and I know this will do it.
Posted by TMB @ RACING WITH BABES at 1:08 PM 7 comments: 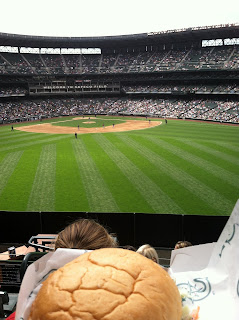 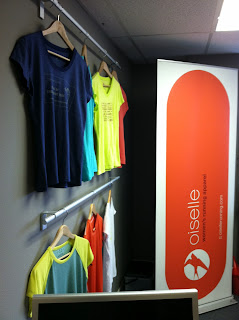 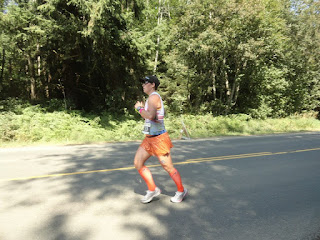 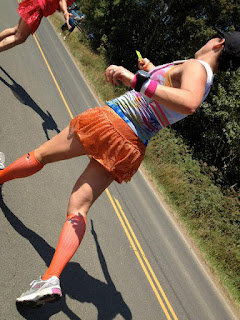 This summer has thrown me for a loop.

I headed into it knowing that we'd be busy, but I never expected things to play out like they have.

We've been thrown curve balls that have changed our plans, disrupted our flow and emptied our wallets.

First, my car was sideswiped in a hit and run.

Three days later a tornado came through and a rogue branch caused $2400 of damage to our other car. J and I spent the entire next month sharing one vehicle. Needless to say, the girls and I didn't leave the house very much and it tested my patience.

A few days after the tornado, during a monster heat wave, our AC stopped working and the technician failed to show. It was epic.

Then, while on vacation last week, Dilly attempted to be a daredevil and broke her elbow.

Add that to the fact that between July 25th and August 26th, I will have spent a total of 10 nights in my own bed AND I am training for a 70.3 during the same time, and you just might get why I feel that despite my best efforts to manage it all, I am coming up short.

I am overwhelmed. Mentally and physically.

I quit trying to do it all.
I quit pretending that I was excited to race a 70.3 on what felt like less than stellar training.
I quit blogging.
I quit pretty much everything that I didn't ABSOLUTELY have to do.

And I feel really good about.

I officially dropped out of the Half Ironman and switched to the Sprint.
I focused on my family and we had a blast traveling during the last month (broken arm aside).
I reassessed my goals and my timeline for them, realizing my support system is just as an important factor in planning as my own desires are.

I think I am getting my mojo back. And I am confident that running the Mother of All Relays with 35 other amazing women this weekend is going to re-inspire me.

Rest Days Taken: 12 - Vacation will do that to you

Current Book: I was a reading machine again this month. Something about finally getting a library card at the age of 30 will do that to a person. Also, the cutback in computer time freed me up to spend my free time elsewhere. I read and loved all of these books ...

Current Shame-Inducing Guilty Pleasure: All things Disney. Including the following ... 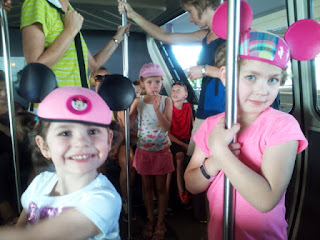 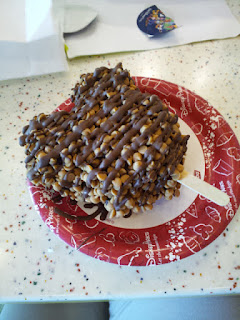 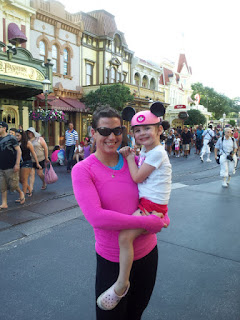 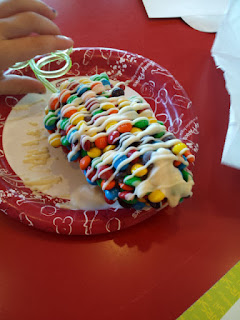 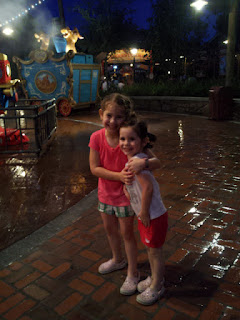 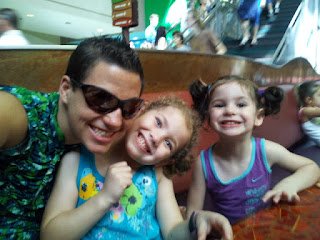 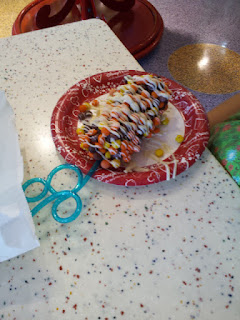 Current Triumph: I survived July, which was a cluster of a month.

Current Goal: Be a better me. Each and every day.

Current Blessing: Generally, I feel like my whole life is one big blessing and I am entirely grateful for that. I don't take anything for granted. Not even for a second.

Current Excitement: HOOD TO COAST! The race is just 23 days from now. Also, I am traveling pretty much this entire month. It promises to be a hectic few weeks ...