Team Rev3 - Later today, I will be picking up my Rev3 Roomie extraordinaire, Anne, from the airport and we will be headed to the Rev3 Team Summit.

Three days of teammates, sponsors, triathlon love and all around crazy antics. Kidding aside, it's the one time each year that the majority of our team will be together. Last year was simply amazing and I expect nothing less this go-round. Plus, I'll be sharing a house with like 14 women with access to lots of wine. If nothing else, it promises to be memorable.

In other exciting Summit news, since we will be at Rev3 Headquarters in Manassas, I will finally get to pick up my new bike - a Quintana Roo CD0.1 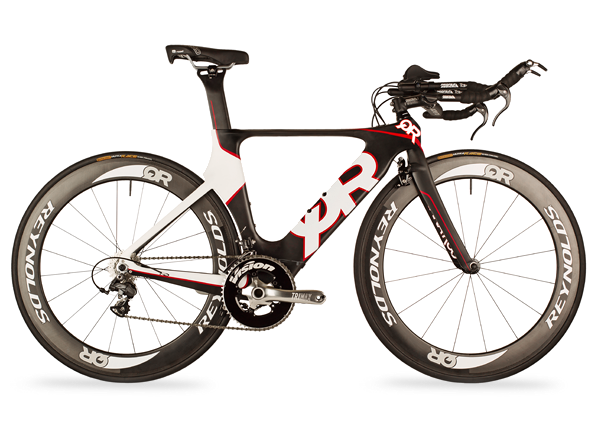 Isn't she pretty? Yeah, I know she is.

Allergy update - Immediately after finding out I am allergic to 14 different food, most of which I eat every day, I cut every last trace of those allergens out of my diet. Now seven days later, I am happy to report my rash and itchiness has gone away COMPLETELY. Well, except that time I got peanut butter on my hands while making the girls lunch and broke out in a rash an hour later. But that was just one time, and I don't really count that.

Anyway, I have to call the doctor on Monday and let him know how things are going. When we last spoke, he told me that if my symptoms went away, our course of action would be to have me continue with a modified diet. He thinks I may be able to occasionally tolerate small amounts of some of these allergens, but I don't know that it's a route I want to go. Think about this, if you are allergic to something it causes inflammation in your system. The more you have, the more the inflammation builds up. Inflammation is not good for your body. So why would I knowingly cause inflammation when I can just as easily avoid it? You're right, I probably wouldn't, because that would be stupid.

Planning - I know I am incredibly OCD and what not, but am I the only person who knows what their family's schedule for the 2014-2015 school year is going to look like? I went to four different stores the other day looking for planners that ran from July 2014 - June 2015 (I like my calendar to run based on school year, not calendar year) and I couldn't find a single one. July is only three and a half months away. I mean, I have firm plans for December already, but no where to write them. I find this completely frustrating. And now that I write this, I am 100% sure that I sound like a complete freak ...
Posted by TMB @ RACING WITH BABES at 8:08 AM

Have an awesome weekend! And that bike...oh my, amazing!
Glad you've figured out how to fix the rash, what a relief.

I have an 18 month planner from erincondren.com