why did no one else come with us?

Let me just start this post by acknowledging that I have not had a real "no kids, no responsibilities" vacation since my honeymoon ... five and a half years ago. Keeping this in mind, I realize that I probably would have had a fantastic time at the Holiday Inn around the corner. But fortunately, I somehow convinced J that he would be fine with the kids for four days so that I could leave the country. (Honestly, I'm not quite sure how I managed that one.)
So, early (like 4 a.m. early) on Friday, I woke up to do some last minute prep before heading to the airport. I double checked that I had all my race gear, my passport and my cash (the only things I really cared about). Then I peeked in on my kids before heading out to pick up G.
Once we got to the airport, things went smoothly. Well, except for that $150 change fee that the airline wanted me to pay for a change that I never made. Long story short, they fixed it (although, the same thing happened on the way back.) And once we were at our gate, we relaxed. Here we are waiting to board our plane. 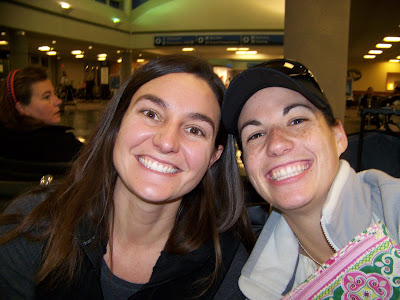 We connected through Philadelphia and it was evident upon arrival that EVERYONE on the plane was a runner. It's funny how easy it is to spot a non-runner in a sea of runners. While waiting for our flight to Bermuda, G and I saw the best shirt ever. It said, "Nobody trains to be runner up." I love it. And if anyone is generous and wants to buy it for me, I wear a small and it's made by Nike. (I also saw someone wearing those Vibram shoes for barefoot running. They are crazy looking!)

On the plane, we had a blast talking to other runners. It was amazing to hear about where else they had ran, what they had heard about the course and why they wanted to complete the "Bermuda Triangle Challenge." I got off that flight completely energized.
G's mom, MJ, picked us up from the airport and our tour of Bermuda started immediately. We started with lunch at Swizzle Inn, where I had the best $17 hamburger EVER! 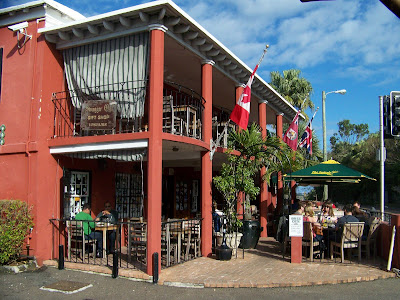 After lunch, we visited the Crystal Cave. 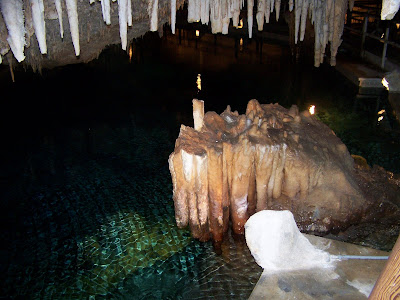 It was amazing to see and was highlighted by the over-the-top tour guide, Ron. He had us laughing from beginning to end. After we climbed the 84 steps back to the surface (84 steps that they warned you not to climb if you had a heart condition), we checked in at the Grotto Bay. 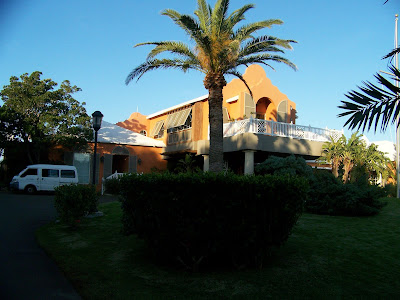 It was beautiful and scenic. Look at the view from our room. 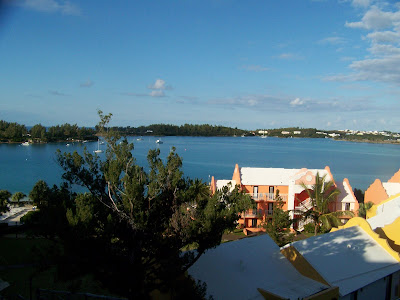 Amazing, right? This was pretty much the point that G and I started asking ourselves, "Why did no one else come with us?" Seriously. We extended the invitation. Where was everyone?
Once we got settled, we headed to the Race Expo. It was only an hour into the expo when we got there, but they had already run out of shirts smaller than a men's large. Talk about a bummer. The shirt is way cute and I would have worn it all the time. But it's pretty much a dress on me. I passed it on to J. Other than the shirts, the race bags had some pretty good stuff in it. 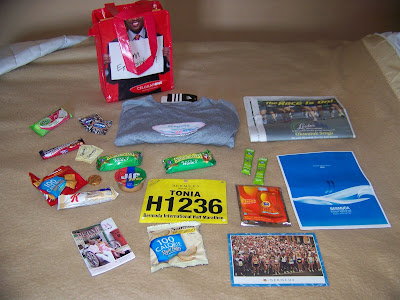 We ended our day with dinner at Cafe Gio. The food was delicious. And probably the best value we saw. $30 for an appetizer, entree and dessert. Thanks to that meal alone, I probably consumed 5000 calories that day.
Saturday was really relaxed. We ate our meals on MJ's boat (we tried a boat trip, but turned around after rough seas), played Parcheesi, and toured the island. It was fun and so relaxing and quiet. I love my kids, but it was SO NICE to be able to go out and not worry that someone was running off or throwing a tantrum. Anyway, here are some of my favorite pictures from our island tour. 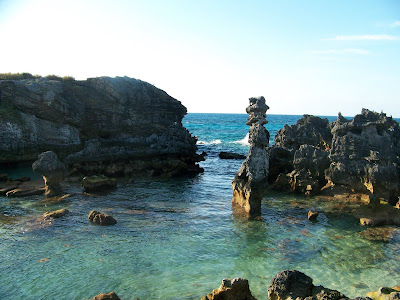 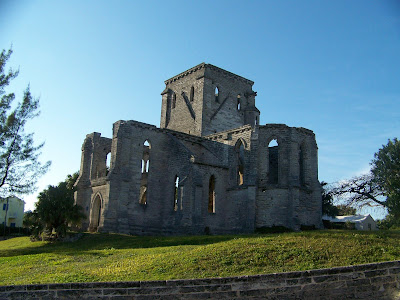 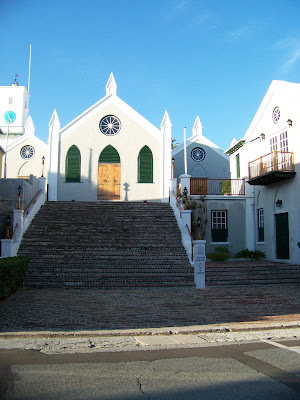 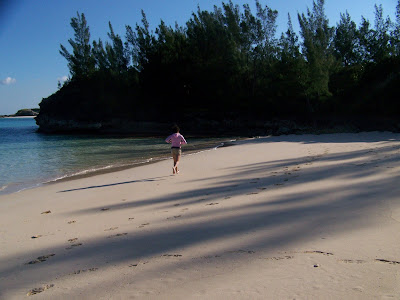 Sunday was race day. It was awesome. And if you haven't read about it already, you can check it out HERE.
On Monday, we packed up our bags, checked out of the hotel and headed into Hamilton to pick up gifts for the kids and to eat lunch. It rained (the only time while we were there) and G and I joked that Bermuda was crying that we were leaving. It was.
Posted by TMB @ RACING WITH BABES at 8:51 AM

Love it!! You deserved this break. FYI your Giveaway is up today.. Let me know if I need to edit anything..

A well deserved vacation! Sounds like you ladies had a blast! Might have to keep that race on my radar for next year :)


This sounds like a WONDERFUL vacation. Great choice. The pics are amazing!

So fun! I've got a girls weekend to Vegas at the end of March. A race is the only thing it's missing. Sadly, my friends aren't really runners. Glad you had a great time. Looks like an awesome place to visit.

What an amazing vacation and a great break! I love the pictures! Everything looks so beautiful...and warm!

I saw "my little pink dots" on Mel's site and I think its such a cute idea. I love the ribbons and tutus. I'll follow and keep an eye out for something ;)

That sounds lovely, I wish I had a running buddy to go on vacation with, I mean run a marathon with. Glad you guys had such a great time.

Awesome pics. It's pictures of the ocean that make me ask myself why the heck I'm killing myself training through the winter AND giving up my spring Caribbean vacation! I'm glad you had a great time!!

I thought I was already following you but I am so far behind in my google reader I just realized I wasn't. Problem sloved!

I am coming to woodbridge this weekend. Anywhere near you?

Having three (now adult) kids, I totally understand how wonderful this trip must have been. A race in Burmuda...perfect!

Man, those pics are so gorgeous!