That's right. I have officially been committed to the AsyLum (and no, my kids didn't send me there). 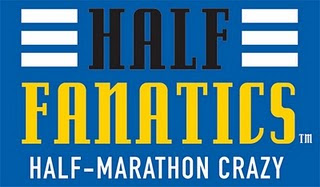 As of yesterday, I am HALF FANATIC #450!!
After finishing the MAC Half Marathon on May 8th and the Marine Corps Historic Half on May 16th, I qualified under the Neptune Moon Level (the lowest Fanatic level), which is either two half marathons in 16 days or three half marathons in three months. But let's be honest, I'm not content with the lowest level. I'm too competitive for that. Think I might just have to find two half marathons on the same weekend ...
And since I know you are all dying to join as well, you can learn more about the qualifying standards HERE.
Posted by TMB @ RACING WITH BABES at 6:38 AM

Labels: Half Fanatics, half marathon

Amazing! That's a lot of running! I'm jealous....I'll be looking forward to running again after my baby is born. For now, I'll live vicariously through you :)

congrats -- you now have me motivated to join you!

How cool...you'll be half crazy after this ;) Seriously...you are an amazing woman!!

Congrats on the loss of your sanity! :-D Being just "a little" competitive myself, I might have to join you in this group.

I love the idea of doing this. I did 3 just outside the perimeters of 3 months. I love things like this and can see totally going for more levels! Good luck.

congrats T! just one more reason why you rock.

Before bloggy world I hade never even heard of being a Fanatic or Maniac. My first 3 marathons were less than 6 weeks apart. Little did I know back then that there is a group of crazies who celebrate such things!

Great job getting committed! I know it won't be long before you climb that ladder to complete craziness!

Way to go! I want that shirt too!

I am super jealous, congrats!

Good to know. If I decide on not running a full marathon in the fall, this gives me something to do instead and tie in my other goal of getting my half time below 1:40.

go T! I'm not official yet...need to get a paycheck...and actually not spend it all one races and running clothes. and then I can afford my membership! hahaha

sweet!! I have always wanted to qualify for that!

Congratulations! I'm a fanatic as well. When you decide to do two in one weekend, let me know. If they are local, I'm in!

Congrats!!! After reading your post I realized I will qualify after my half this Saturday and the Seattle Rock-n-Roll Half on the 26th. I'm so excited!!! I also spent some time looking at the requirements for the higher levels :) My husband is concerned that I'm crazy :)

Congrats girlie!
You are amazing! I think I might go and sign up now for my marathon maniac status, it is a big achievement but once I did it I wasn't so over the moon about it. I think I will register now!
Congrats girl, and yes, a BQ is in your future :)

Thanks for stopping by my blog!! Congrats on being a Half Fanatic! You say you are too competitive for the lowest level, so what level are you going for?

I didn't congratulate you yet...CONGRATS!!! AWESOME!